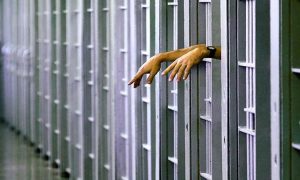 I won’t be able to feed me or my wife, and I’ll have to sell our home. I hope to God this isn’t true, or my life will fall apart. Sometimes I let my mind wander, and think to myself, Oh God. No. The rumours were true. My section of the field has been bought. There’s nothing I can do. I can either starve to death, or I can spend what little money I have left on a ticket into the city, to try and find a job there. My wife will come too, and hopefully I can find work in the one of the new Godfrey & McCarthy Manufactories that I heard has opened up in Vermont. Hopefully. I shouldn’t let myself think like this. It’ll be ok, I just have to realise that for myself. I’ll get to keep my home, my stretch of land, and I won’t have to leave. It’ll all be ok. It has to be.

I’m so close to saving up enough money to buy some new livestock, and to get brought crashing down while I’m so close would be awful. 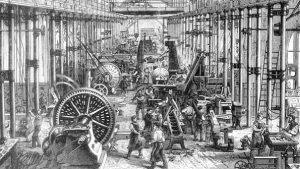 Life. Is. Good. Ever since my business partner, Lewis Godfrey and I, Jackson McCarthy, opened up our new factories, we’ve been practically rolling in cash. It cost us a lot of money to set up, but we’re getting our profit in spades. We’ve both earned almost $80 million from the products getting made, and that’s just in the few months since we opened our factory. This is going so well. My life is looking up!

I have so much to be proud of, and at only 33! I’m getting one of those new telephones tomorrow, and Godfrey and I are buying a new house together, worth over $120 million! I’ve never seen anyone rise this high. The seats on my new carriages are leather lined with velvet. I eat foods imported from all around the world, and our helpers reckon we’ll have made an additional $200 million each by the end of next year. I feel unstoppable!

My factory is almost overworked, so we make more products and I get more money. The only regret I have is that so many people are packed into our factories. We’ve not had any injuries, at least, not yet, but we can’t just build a new factory at the drop of a hat. It takes time, so some of these people are just going to have to make do for now. They probably wish they could be in my position right now. My life could not be more perfect. 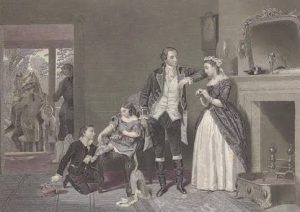 My life could not be less perfect. This is terrible. It turns out the land was being bought, and there’s nothing that anyone  oils do, except for the new owner if he decided to sell the recently bought land, which I doubt he’ll do.

I’m in town now. The journey here cost me almost everything I had saved up. I saw one of the huge Godfrey & McCarthy factories almost immediately. It was hard to miss. I went in, looking for someone I could ask about applying for a job, but all I had to say was “can I apply for a-” to a lady standing at the door and she was leading me down a side door.

Next thing I knew, I was filling out an application and a release form. I was barely reading what was written on the papers, I just wanted the job. When it came to the next day, and I walked into the factory, I was wondering what these people were thinking hiring another person in this place. It was already packed.

In the two weeks now that I’ve now been working in this factory, there’s been nothing enjoyable. I can’t wait for there to be an opportunity for me to get out of this hell. There are few workers planning to escape tomorrow night, and I decided to get in on that. It’s my only hope, unless I want to be doomed to lifetime of impossible work and almost nonexistent pay.

They say there’s a small shed in the housing area with tools in it. Hammers, pliers, crowbars, hopefully something we can use to break the chain at the back fence behind the housing area.

The reason we’re doing this so secretively, and not just quitting and walking out the front door is because there’s been talk about what the mill owners do to people who quit; they find them and follow them, bad mouthing them and making sure they never find another job. It’s completely illegal, but they’re rich and have a lot of influence, so who’s going to believe our word over theirs? That’s why we need to make sure they don’t know we’re gone until we’re miles away. We’re leaving sick notes with some of our colleagues who are deciding to stay, which will buy us a few days. Some people might get suspicious, considering 10 of their workers all happened to get sick at once, especially since the flu epidemic passed a month ago, but it should be enough for a little while before they start searching for us. Hopefully it’s enough time to get to the next town and maybe find a job there. It’s our only hope. 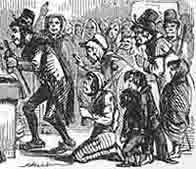